I is for Indian 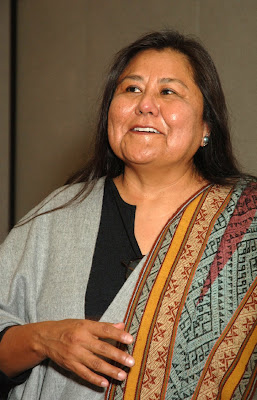 As every American fifth-grader knew when I was growing up, the aboriginal people of the Americas were called Indians because the Europeans who headed west to get east thought that they had reached Asia, probably the East Indies (Indonesia, et al), but it is THIS place that's involved in the current discussion:

There developed real confusion when saying Indian whether one meant someone from the Asian subcontinent or from the Americas. 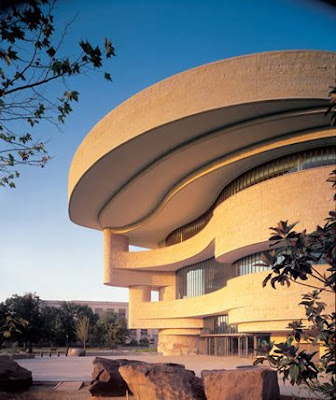 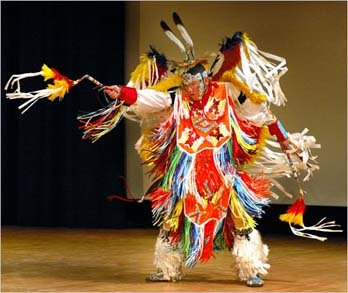 So what do the people involved feel? Seems from this article that there is really no consensus:

A 1995 Census Bureau Survey of preferences for racial and ethnic terminology (there is no more recent survey) indicated that 49% of Native people preferred being called American Indian, 37% preferred Native American, 3.6% preferred "some other term," and 5% had no preference. As The American Heritage Guide to English Usage points out, "the issue has never been particularly divisive between Indians and non-Indians.

Further:
In the end, the term you choose to use (as an Indian or non-Indian) is your own personal choice...The recommended method is to refer to a person by their tribe, if that information is known...[W]henever possible an Indian would prefer to be called a Cherokee or a Lakota or whichever tribe they belong to.

The 2010 Census is coming up and the Bureau will be using "American Indian or Alaska Native" as the designation for native peoples, just as it did in 2000. At least one of the reasons may lie in this true story I heard from someone who works at the Bureau. Census forms are tested periodically. In some neighborhoods with large immigrant populations, Census was finding an anomaly; a large number of people were checked as Native American, often inconsistently within a family structure. It soon became evident that the new arrivals were checking their country of origin for themselves, but their children who were born here they designated as Native American. The children WERE native to America.

Still, I am still quite uncomfortable referring to the Major League Baseball team in Cleveland or the National Football League team in suburban Washington, DC by their respective nicknames. It just feels wrong to me. At least the NFL team doesn't have that dopey grinning logo, Chief Wahoo, which reminds me very much of the caricatures of black people in old minstrel shows. 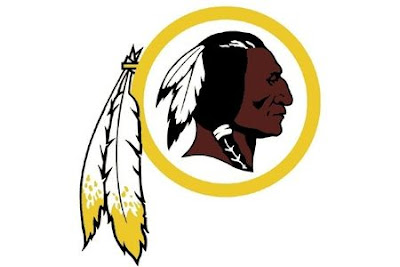 For those of you not into sports or from the United States, the topic of sports nicknames "honoring" Indians at the high school, college or professional level has been an ongoing debate, as you can see, for instance, in this article.

I believe the Canadians use 'First Nations' for their indigenous peoples. Might be an idea!

Thanks for the great post. We have certainly confused things. I know I find myself using "Indian" in my community of conversation and then saying "said with no disrespect" always non is taken.
Thanks for sharing.
Smiles

Very interesting. One of my favorite YA books is The Absolutely True Story of a Part-time Indian by Sherman Alexie.

I see that you didn't mention Florida State University's team, the Seminoles. (You are such a good librarian.) FSU actually has the Seminole Tribe's blessing!

The world seems to be split on almost everything. Amazing. Interesting post -

The mascot issue is important too. It's amazing to me the hostility and sometimes violence that comes from folks who want to keep them. I say, if a people says it's offensive we need to listen to that and not decide as the non Indians that it's not. There's of course more to that issue too.

Thanks for writing this.

In most part's of Canada the term First Nations or the Tribal Nations are acceptable. i.E.
Cree Nation, Nakoda Nation or Metis Nation.
If in doubt ask .