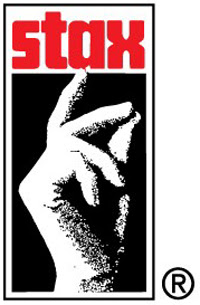 I got me a major league Stax Records jones lately, and it's all based on some sort of cosmic convergence.

Fifty years ago, in 1957, Satellite Records the predecessor to Stax Records, was opened, ushering in an era of soul. The label changed its name when the founders discovered another company called Satellite Records.

I've also been reading Soulsville U.S.A.: The Story Of Stax Records by Rob Bowman, which came out in 1997 during the 40th anniversary of the label; the book was 12 years in the making. It is stunningly detailed, with footnotes indicating, among other things, differing memories of the participants. It also makes me wonder why Estelle Axton isn't in the Rock Hall, for it was her Satellite Record Shop where the sound of early Stax was developed.

On PBS this month, I got to watch Respect Yourself: The Stax Records Story, which, not so incidentally, will be available on DVD on October 2, 2007; I believe it's available through PBS now. Let me put it this way: if you claim to care about American popular music, you should either read the Bowman book or watch the video. Preferably both, although the last third of each, showing the final decline, is a bit tough.

You'll find out about a problematic deal with Atlantic Records that, along with the deaths of Otis Redding (on a plane in the Midwest) and Martin Luther King, Jr. (assassinated in Memphis), nearly killed the label by 1968, but you'll also learn about how Stax managed to have a racially integrated house band that rivaled Motown's The Funk Brothers in segregated Memphis, including Steve Cropper and "Duck" Dunn, names you might recognize from the Blues Brothers band.

Thanks to the hard work of Al Bell, the record producer who had become president of Stax, the label not only survived but thrived. According to the Wikipedia piece: "On August 20, 1972, the Stax label presented a major concert, Wattstax, featured performances by Stax recording artists and humor from rising young comedian Richard Pryor. Known as the "Black Woodstock," Wattstax was hosted by Reverend Jesse Jackson and drew a crowd of over 100,000 attendees, most of them African-American. Wattstax was filmed by motion picture director Mel Stuart (Willy Wonka & the Chocolate Factory), and a concert film of the event was released to theaters by Columbia Pictures in February 1973." Thus, today is the 35th anniversary of that seminal event.

Some bank dealings, plus an unfortunate arrangement with CBS Records, helped lead to the label's unfortunate first ending in 1975, although it's been recently revived. 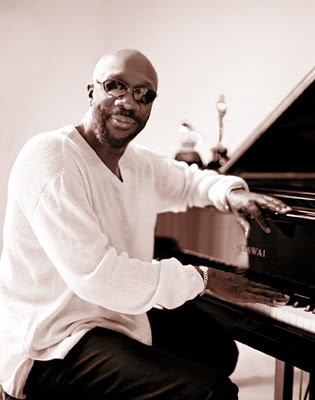 The final piece is that today is the 65th birthday of "Black Moses", Isaac Hayes. Long before he started recording as a featured performer, he was a session musician. He also wrote a number of songs, many for Sam (Moore) and Dave (Prater); his songwriting partner was often David Porter. Then he became a star, putting out an 18-minute version of Jim Webb's "By the Time I Get To Phoenix" on "Hot Buttered Soul"; a 6:45 single was also released. Of course, he is probably best known, at least in my generation, as the writer/performer of the Oscar-winning theme for the movie Shaft. "That man Shaft is a bad mother---." "Shut your mouth."

Here's a section from the Bowman book:
...by the time Hayes was eighteen months old his mother had passed away in a mental institution; because his father had disappeared sometime before her death, Isaac was raised by his [sharecropper] grandparents...After his grandfather died, when he was eleven, Isaac, his sister and grandmother, together and separately, lived all over North Memphis...When they were cut off from welfare...they used the wood from their outhouse to burn for heat...The next year, the family ran out of food and Isaac's grandmother and sister got sick from hunger.
Yet, Hayes survived, and once he discovered music, thrived.

So read about Stax. More importantly, Respect Yourself and LISTEN to some Stax.
***
Steve Gerber Knows His Stax. Gordon's July's Record You Should Own is a Stax album. Julie Hembeck, for your birthday, listen to some Stax.
ROG
Posted by Roger Owen Green at 8/20/2007 06:01:00 AM

I enjoyed your story of the time share, but vacations with 3 year olds CAN be tough! And y'know, I somehow missed the Stax set! I have some old Motown box set collections (NOT the complete singles series that's coming out currently, at least overseas (I keep reading about them in Mojo and uncut, but haven't seem 'em here)) and a series of Atlantic singles, but no Stax! Nice thought regarding Julie, but her current obsession? Abba! The Greatest Hits--over and over! And I have all the other CDs, but no, just that one, over and over ( I dig Abba the most as well, I should point out. They'd be in my top 10 bands somewhere, beleive it or not...)

I really need to dive into the whole Motown-Harlem black music history, because I suspect there is a line that runs from the great bluesman to early pioneers in jazz into do-wop to "progressive" jazz (like Bitches Brew) to small portions of disco to hip-hop and the like.

LARRY GRAHAM, the former bassist of Sly and the Family Song, did a song with Graham Central Station, "I've Been Waiting", which swipes, big-time, "I've Been Lonely"; he was born on August 14, 1946.