M is for Money 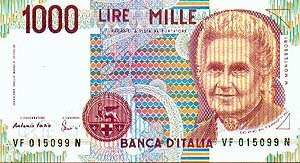 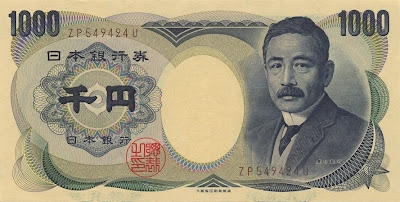 I also received my 401(k) statement this week. I started putting money in this account because we were all warned that Social Security wouldn't be there. My employer and I each contributed about $1000 each this past quarter. I managed to lose that plus an additional $5800. So much for retiring.

Let's talk about music instead. There are two great songs called Money that I own and that come to mind. The first was written Berry Gordy, founder of Motown Records, when challenged by someone who complained that all he wrote about was romance. "What else do you care about, Berry?" Well, there was money.

The original version of Money was recorded by future Songwriters' Hall of Famer Barrett Strong, who later teamed with the late Norman Whitfield to write I Heard It Through the Grapevine (a hit for both Gladys Knight & the Pips and Marvin Gaye), War (Edwin Star's hit), and a bunch of late 1960s/early 1970s classics for the Temptations, such as Too Busy Thinking About My Baby, Papa Was a Rolling Stone, Just My Imagination and Ball of Confusion.

Barrett Strong's version of Money went to #2 on the Billboard R&B charts for six weeks, and to #23 on the pop charts early in 1960. It's #288 on the Rolling Stone magazine's list of greatest songs, and was covered by a Liverpudlian band of some note, the Beatles.


The other Money song is by the British band Pink Floyd, by that point consisting of David Gilmour, Roger Waters, Rick Wright and Nick Mason. It appeared on the 1973 album Dark Side of the Moon, and though it spent but one week at #1 in the U.S., it spent a total of 741 weeks on the U.S. album charts, selling more than 15 million copies.

For those unfamiliar, it has one potentially 'naughty' word.

I'm still collecting the state quarters. Right now, all I need is a Missouri quarter from the Denver mint; I even have both District of Columbia coins. But I haven't seen the Puerto Rico quarter yet from either the Philadelphia or Denver mints and other territories will be released this year. (And yes, I know DC and Puerto Rico are not states, but their coins are a continuation of the same series.) Meanwhile, I'm still looking for Denver mint coins for two of my co-workers. 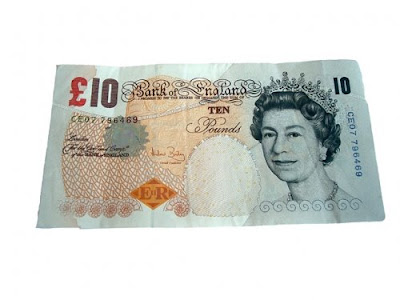 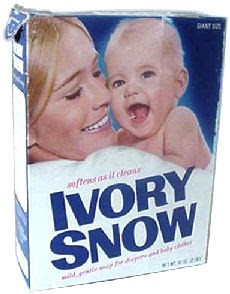 Certainly it was the juxtaposition of Marilyn Chambers as wholesome Ivory Snow mom with Marilyn Chambers as, er, an actress that helped fuel whatever commercial success she had. No, though my name is Green, I've never seen Behind the Green Door or any of her other work. She died this week.
***
And speaking of advertising, does Burger King REALLY think it'll make money mixing SpongeBob Squarepants, Sir Mix-A-Lot, and "the TRUE (non-pirate) meaning of the word 'booty'", as my friend Fred put it in his April 13 post? And if the BK King is creepy in 30-second increments, he's REALLY bizarre in the 2:30 segment Fred found.
***
OK, so what other song about money am I thinking of? The clues are in this post.

The Pew Charitable Trusts’ Safe Credit Cards Project released a set of standards designed to prevent deceptive and dangerous credit card practices and called for legislation to outlaw such practices... the Safe Credit Card Standards seek both to protect consumers and preserve banks’ ability to manage risk when extending credit.

Industry reports show that between 2007 and 2008, issuers raised interest rates on nearly one quarter of credit card accounts, using practices which the Federal Reserve has deemed unfair and deceptive. These actions alone cost consumers more than $10 billion.
12-page PDF

John also did a grungy version of "Money" with Clapton, Klaus Voormann, and Alan White (Plastic Ono Band) on the Live Peace in Toronto album that I really like...

Money, what a brilliant choice. Shame about you losses though, hope next year will be better!

Clever look at changes through history - the last coin collection I had was taken by a burglar and I didnt' start another of any kind. Nice post!

Those are my favorite money songs. I take it your 401K isn't self directed. I shifted my funds to safer ground in early 08 before the poop hit the fan. With any luck I'll be have four sources for retiring but then again I'll probably kick the bucket before then.
Didn't congress pass a consumer credit card reform but it won't take effect until summer?
If you want to find out about how your bank is doing and many other great financial info pop over to Clark Howard.com