S is for San Francisco

Long before I ever went there, I loved San Francisco. From the Golden Gate Bridge to the cable cars, I adored the place. 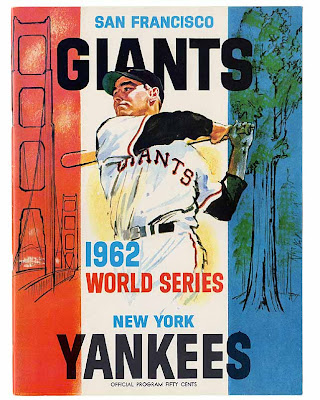 It may have started in 1962, when I was nine. The San Francisco Giants, my favorite team in the National League was playing the New York Yankees, my favorite team in the American League; we're talking Major League Baseball here, BTW. While my support for the Yankees was regional (I'd been to Yankee Stadium, e.g.), my love for the Giants was more emotional. I loved Orlando Cepeda at 1B - I love the way Danny Kaye sang "Or-lan-do Ce-pe-da" in a baseball song. I loved the Alou brothers, Matty and Felipe, who would one day be joined by brother Jesus; at least once, a few years later, all three patrolled the outfield at the same time. I loved Willie "Stretch" McCovey, who would eventually become the Hall of Fame 1B. P Juan Marchical! But most of all I loved CF Willie Mays, one of the three or four best players EVER, whose statue I had purchased at the Hall of Fame in Cooperstown, NY around that time, only to have a foot chomped off by our dog.

Then there was JEOPARDY!, the daytime quiz show hosted by Art Fleming, which I used to watch with my aunt at lunchtime almost every day. One sponsor was Rice-A-Roni, "the San Francisco treat". I LIKED Rice-A-Roni when I was 11. 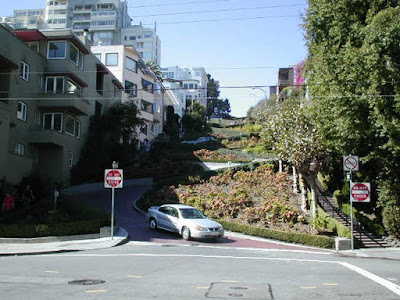 I listened to Bill Cosby a lot in those days, and this riff made me want to go there and see Lombard Street:
or here.

A few years later, it was Haight-Asbury. The Summer of Love may have ultimately been a failed social experiment, but to a 14-year old, it was just cool. From it came the music of the Jefferson Airplane, Rolling Stone magazine and other wondrous inventions.

So, I felt as though SF was my second hometown, even though I had never been west of the Mississippi until considerably later.

Therefore, the events of November 1978 felt terrible to me, as though it had happened in my own hometown of Binghamton, NY. First I saw the raw footage of Congressman Leo Ryan and his associates being attacked in Guyana. I remember an ashen Mayor George Moscone announce Rep. Ryan's death. A couple days later, we learned of the Jonestown Massacre with Jim Jones leading the drinking of the Kool-Aid; most of the folks were from the Bay Area. Not two weeks later, I watched acting mayor Diane Feinstein weep as she announced the murders of Moscone and city council member Harvey Milk, almost certainly the most prominent gay politician of that time. Subsequently, I followed the trial of Dan White and his infamous "Twinkie defense". Some feel the two events - Jonestown and the Moscone/Milk murders - were connected. In any case, it's all created ambivalence about whether I want to go see the upcoming movie Milk with Sean Penn.

I finally got to actually go to San Francisco in 1987. I flew to San Diego, and then my sister, who lives there, and I flew to the Bay area. We went to the fish market, rode the cable cars, saw the Bridge, and yes, we found Lombard Street, which is as beautiful and curvy as Cosby described. Unfortunately, the San Francisco Giants were out of town, but we did see the Oakland A's play.

San Francisco was everything I knew it would be.

San Francisco is one of only two cities that i could imagine myself living in, country boy that I am (the other being Montreal). My three visits there were magical; Fisherman's Wharf, the Cannery, and Ghiradelli Square; Telegraph Hill and Coit Tower; Lombard Street; the Victorian houses of the Haight-Ashbury, though long after the hippies were gone. Watching the World Series there on TV in 1989 as an earthquake struck!

I do like San Francisco a lot and have been there a couple of times. My son now lives in Alimeda across the bay so I have a feeling that I'll be seeing more.

I have never been there, but I understand it is beautiful. I had to laugh at Rice-A-Roni..I think it's still around...

I would like to visit this place one day. Awesome photos.

I have been there but once, but would dearly love to go back.

You really do love San Francisco, don't you?! Thanks for the trip.

For 60 years I lived just 10 miles from San Francisco. Its everything you have described and more. There is something so special about The City.
Now I live 2 hours away, love where I live now but I left my Heart in San Francisco.

San Francisco is one of the places on my lifes *to visit list.*
Thank you for all that super information about it.