What did you REALLY think? QUESTIONS

Regardless of who you WANTED to win on Tuesday, what did you REALLY think would happen? Go ahead, admit it You thought there'd be another Florida 2000. My guess for that was Missouri, which IS very close for McCain...NOT THAT IT MATTERS.

I thought:
Obama would win, initially with 364 electoral votes, as noted here. But I got nervous and changed to 311. He's at 365, including one in Nebraska with Missouri still in doubt, so I should have stayed with my first instinct. Incidentally, I favor the Maine/Nebraska model of allocating electoral votes by Congressional district, with only the two votes going to the statewide winner. If only we could do something about the gerrymandering that tends to make certain districts heavily leaning towards one party or another.
Hey, does anyone know someone who could look at the last several Presidential elections to ascertain what the Electoral College vote would have been had the Maine/Nebraska model been in place NATIONALLY?

I knew Sen. Liddy Dole was going down in NC, and deservedly so.

I was disappointed that the anti-gay marriage proposals went down, but was surprised only in CA.

I'm sorry Chris Shays, the last Republican in the House from New England, will be gone.

I was hoping Linda Hall would win in the race for Onondaga County Clerk, if only because we went to church together when we were kids. Onondaga County includes Syracuse, NY.

I'm not surprised that Rahm Emanuel's heading Obamas's staff. I saw him on Meet the Press with MN Gov. Tom Pawlenty and had him for lunch.

I was surprised by the margin (61-39) of victory for Rep. Kirsten Gillibrand, in
the Congressional district adjacent to mine, a Democrat running in a GOP district who won last time largely because of domestic violence allegation against the imncumbent. Her opponent this time, Sandy Treadwell, is rich and spent lots of money. In fact, this may have been the most expensive House race in the country. Part of Gillibrand's district is Rensselaer County, where Obama did less well against McCain than Kerry did against Bush.
***
Someone I know well says he'll have me defenestrated if I don't show up to this: 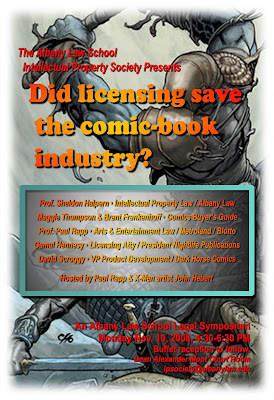 Monday, 4:30 PM Albany Law School. "Maggie Thompson on the big screen, free Buffy comics, and hot food after. What more could you ask for?" More hours in the day. Say, does anyone know what "defenestrated" means? thanks to high school French, I guessed correctly.
***
Samhain Wax Magic by people I know.
***
Remembering John Leonard, who I particularly loved for over a decade and a half on CBS Sunday Morning. He was unapologetical erudite in a world where "dumbing down" seemed more popular.

I, too, was worried that it was going to be close in a state or two, and that we would have all kinds of issues in front of finding out who actually won. I even expected another move to the Supreme Court.

I was shocked that the Ted Stevens vote was even close. Come on people, really? You'd re-elect a convicted felon?

Would not be surprised one bit to see Palin in the Senate soon.

I suspected Dole to lose as well. Was hoping that Bachmann would, too, after her comments.

And really, I don't have a problem with female politicians (after just bashing three in a row here).

I also was disappointed in California voters on the anti-gay marriage proposal. Live and let live.

If Stevens loses his Senate seat, my understanding is that the Governor doesn't appoint a replacement there; the Alaskans have to hold a special election. On the other hand,they could elect Sarah Palin; they are coming off as a bit wingnutty.

I was also surprised that Gillibrand got re-elected; from my perspective, she seems to be a rather conservative Democrat; but, maybe that's what her district likes.

I'm overjoyed that Pennsylvania went Blue; I have a cousin who lives there who adores Dick Cheney, and she has got to be ticked off that our President-elect is... well... not white! Heh!

I was glad that PA went blue as well. I was also surprised to see that the county I live in, as well as two nearby counties that I drive around in went blue. The McCain-Palin lawn signs outnumbered Obama-Biden signs 10-to-1 around here.

Of course I must qualify that I don't consider myself a Democrat or a Republican. But was voting blue this time around and was strongly for it.

Yep, I was afraid of a replay of Florida 2000 somewhere or everywhere. But in the end, as I hoped Obama's winning margin was too big for any such efforts to have succeeded.

I was ecstatic that Dole lost, and shook my head when I saw that Alaskans would rather vote for a Republican who's a convicted felon than a Democrat. And some people say I'm partisan! Sheesh.

As for the anti-gay ballot measures, I was deeply disappointed, but not surprised—even by California. The amendments against marriage equality in particular were top agenda items for far right religious groups. Hatred runs deep in those people. Still, they can't win forever.